Georges Bizet wrote of Carmen, “I have written a work that is all clarity and vivacity, full of colour and melody. It will be entertaining. Come along – I think you are going to like it.” The Met’s 2014 Carmen is a welcome return for Richard Eyre’s wonderful 2010 production. It was brooding and atmospheric and claustrophobic and doom-laden and I did quite like it. Though I think, re-watching the 2010 version (Met Opera on Demand makes this far too easy), that I prefer the earlier version, as it has more vivacity and less unrelieved gloom (though even the 2014 version perks up for the irrepressible and almost Gilbert-and-Sullivan-esque comic quintet in act two).

There are three main musical themes in the prologue to Carmen. First is the infectiously joyful “March of the Toreadors”, repeated once in act four, then there’s what may be the best-known song in all opera, the “Toreador Song”, repeated once in act two (yes, that one, to the tune of “Toreador, don’t spit on the floor”), and finally there’s the ominous “Fate Theme”, which recurs six times in the next four acts. Legend (a.k.a. “The Victrola Book of the Opera”) has it that this last is a transcript of the only piece of Heavenly music that Satan remembered after being cast out of Heaven, though absent a definitive explanation of how Bizet came by this strange intelligence, I’m not sure that legend gets away with it. But by sheer weight of numbers, doom-laden-ness is bound to be play an important role.

People who protest that this isn’t what they would mean by “vivacity” or “entertaining” could recall that the Icelanders who got that far west called the frozen place they got to “Greenland” to make it sound more attractive to the people back home: Bizet may be being disingenous. Except that the first two themes of the prologue really are foot-stampingly cheerful. There’s a balance here, and it feels like the 2014 version, while brilliant and provoking and I’m very glad I saw it, is a useful example of what happens when you push down too far on one side.  (Which is not to say that the sets and the costumes and the music and the dancing were not wonderful, because they absolutely were.)

Aleksandrs Antonenko’s Don José (2014) reminded me of Colin Firth’s Mr Darcy: there’s a facial similarity, but also, from the moment Carmen appears, Antonenko is transfixed by her, staring at her from the other side of the stage. At the same point in the 2010 version, Roberto Alagna’s Don José has his back to her, cheerfully rolling a cigarette, unconcerned. Yes, when she starts singing at him directly he turns to her for a moment, and then he just smiles and turns away again. And yes, he’s reeled in shortly after that, but it wasn’t doomed from the very first moment. The original text (in a bit left out in both cases) has Don José excuse himself to Zuniga just before the cigarette girls appear, saying he needs to make a chain for his firing-pin, and he is still doing that when Carmen comes up to him: she has to ask him what he’s doing to get his attention. And then she throws the flower. And then he has three lines for the impression that has just been made, the first of which is dismissive. I’d really like to see that version some day, though it might be less palatable that a star tenor is ignoring the action for one of the most famous scenes of the opera. (Having said that, the Met Player also has a version from 1997 with Waltraud Meier and Plácido Domingo, which comes much closer, with Domingo ignoring Carmen through much of the song, sitting with his back to her working on the priming-pin, and it works really really well.)

[And to digress into Doctor Who for a moment, in square brackets for those who would rather not, one of the reasons I want that missing scene-ette is for the utter “Dark Water” (8.11) parallel:

Doctor: [wonderingly:] Two hearts…
Missy: And both of them yours.

One could argue that Carmen has nothing to do with Doctor Who, but given that in the very first appearance of Clara in “Asylum of the Daleks” (7.1), the music that she is playing is from this scene of this opera, the converse is clearly not true.]

So.  Doomed from the very first moment?  Certainly one way of playing it.  Not for nothing does Hugh Macdonald say “French opera never produced another femme as fatale as Carmen”.  And it is a fitting touch that Carmen and José’s only moments of happiness, between running away to be free in the mountains with the smugglers at the end of act two and being on the outs together in the mountains at the beginning of act three, are portrayed not by the singers themselves but by two ballet dancers over the beautiful music of the entr’acte.  And their motions and the music are much more free in these moments than the dancers dancing much more constrictedly over the “Fate Theme” in the prologue, or that the female dancer wears black for the “Fate Theme” and white for the freer and lovelier entr’acte.  (That costume change, and whether it represents an actual change in Carmen’s being or just in José’s perception of her, is worth a thesis on its own.)

And yes, the children’s chorus at the changing of the guard in act one and the crowd waiting for the march of the toreadors in act four remind us that not everyone is unhappy or doomed.  But it feels as though the two leads are too single-mindedly gloomy.  It also feels odd that when they’ve been single-mindedly doom-eager all the way through, and Carmen reads her and José’s deaths in the cards over and over in act three, Carmen can effortlessly leave and be a completely different person in act four.  Yes, this is prepared for by

Carmen: l’amour est loin, tu peux l’attendre;
tu ne l’attends plus, il est là!
Tout autour de toi, vite, vite
il vient, s’en va, puis il revient –
tu crois le tenir, il t’évite,
tu crois l’éviter, il te tient.
[Love’s far away, and you can wait for it,
You stop waiting, and then it’s there!
All around you, quickly, quickly,
It comes, goes away, comes back again –
You believe you can hold it, it gets away,
You think you can avoid it, it holds you fast.]

But… Ah.  You wonder what Don José’s paired replying song would have been towards the end of act three, when he has instead the single line “prends garde à toi, Carmen”, reprising the warning refrain of Carmen’s famous love (?) song from act one.  It is almost as though in this version it isn’t Carmen that trapped José (though aside from the Mr Darcy stare in act one, that is what seemed to happen), but José that somehow trapped Carmen.  Which would explain Escamillo’s polite but failing attempts to reason with José in act three (also cut here is the first half of the knife fight where Escamillo is much better than José but only defending himself, and when José complains that he isn’t trying, Escamillo agrees that he isn’t, explaining that it’s his job to kill bulls, not people, and he really doesn’t want to kill him), and Carmen’s attempt to escape and create a new life in act four, at the end of which, unfortunately for all concerned, José catches up with her. 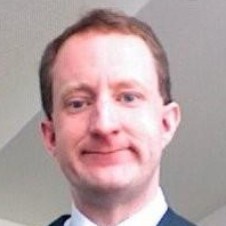